The Murgatroyd Diary and Resources

Deep Thoughts from The North and More Serious Materials 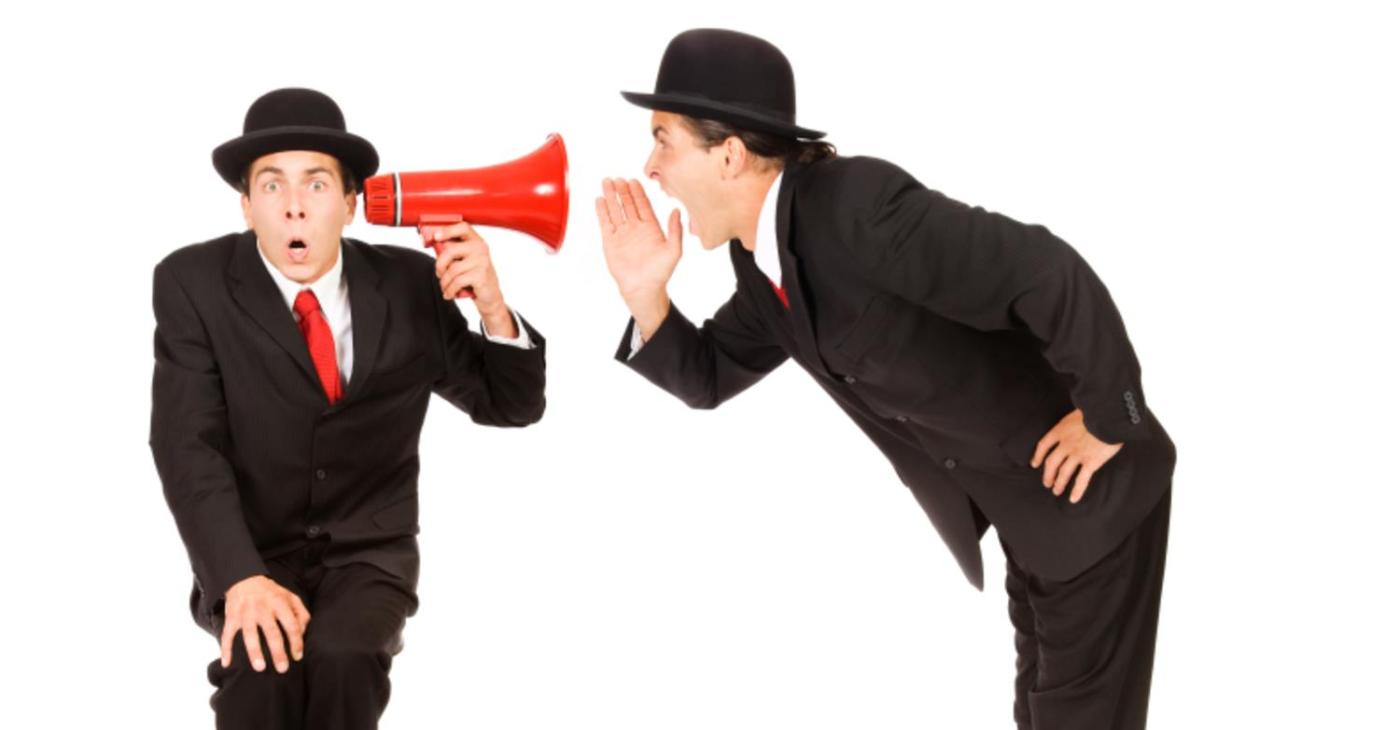 Donald J Trump (the J is for jaded) reappeared like a genie in a pantomime on Sunday. There he was, lying, threatening, suggesting, tantalizing and demanding fielty, loyalty and subjugation to his whims and will. A sufficient number of GOP’ers, already traumatized, seem to buy into his nonsensical ramblings. This is a man who has lost the Presidency, Senate and House and they want him to remain beloved leader?  Go figure.

Andrew in a Coma, Governor of New York, is in deep trouble over allegations of misconduct and impropriety.  Several women have suggested that he made inappropriate approaches and suggestions. In the private sector, he’d be gone. In the public sector, he has a period of “inquiry – benefit of the doubt”. A more principled man would quit. Time for change.

The former President of France, Nicholas Teacozy has been found guilty of corruption and sentenced to time in jail. His wife, who is close to 2’ taller than he is, is pleased – she will not have to listen to him complaining about how unjust the world is. Justice has been done. It is worth noting that former Presidents can be found guilty of something – The Donald might take note.

The real leader of Myanmar, Aung San Suu Kyi, has been formally charged with several offences, but it widely understood that her real offence is wanting to end the dark-age of Burma military rule, and help the citizens of Myanmar experience the benefits of belonging to the21st century. She is more popular in Myanmar than Taylor Swift.

Mike Lindell, CEO of MyPIllow, is facing a massive law suit from Dominion voting systems – they claim defamation. He joins Rudi Giuliani and Sidney Powell in having to defend his claims that the voting machines were rigged. Over twenty major retailers have walked away from selling MyPIllow, with many balking at his offer to discount the cost by 45% for anyone using the code “QAnon”. As the Washington Post said, “he made his bed with Trump, now he lies on it”.

Tiger Woods, golf legend, crashed while driving an SUV in the early morning of Tuesday  last week and has undergone yet another major surgery, this time on his legs. Tiger crashed on a windy road in the hills of Hollywood and was not, according to police, impaired. What this will do to his golf is not yet clear – he has had major surgeries on his back, which has reduced his ability to move and swing. My ability to move and swing has been reduced by listening to too many Rolling Stones records.

A bottle of Macallan Valerio Adami 1926 60-year-old scotch sold for $1 million at auction last week. The whisky is in fact 155 years old.  The bottle was formerly owned by a collector, who had amassed 3,890 bottles of rare scotch at his home in Denver, Colorado. I can manage to keep a bottle for about  8-10 days. The total collection sold for $9 million. All in my collection are empty.

Prince Phillip (almost 100– June 10th) remains in hospital with an infection. He was admitted well over a week ago and is likely to stay for several more days. There are also concerns about his heart, which is why he was moved from a private hospital to St. Bart’s. The website says that Bart’s is the UK’s leading hospital for cancer care and (wait for it) fertility treatment. Say no more.

Much to the amazement of some, Donald J Trump was not inaugurated as the “real” President of the United States on March 4th. Instead, he was auditioning for The Masked Singer, impersonating Franck Sinatra while dressed as a donkey. Many Q-Anon supporters, including some members of the House of Representatives, were convinced that Trumpkin would become a bumpkin on that day. The Trump Hotel in Washington massively increased room rates for the period 3-5th March and the House of Representatives decided not to sit, fearing a repeat of January 6th insurrection. This is what happens when you have a failing education system – a pandemic of stupid.

Speaking of stupid, two US States – Mississippi and Texas – have decided that people can just die. They have lifted wearing of mask requirements and are simply encouraging their citizens to “use common sense”, which we already know is not very common. President Biden called this Neanderthal thinking – ever generous.

In Myanmar, the junta has had enough of democratic protests and has turned vicious. Mass arrests and killings – 38 killed this week –  are now their modus operandi and they are unconcerned about world opinion. World opinion is clear but vacuous. The junta are determined to rule and maintain their corrupt lifestyles.

In Scotland, The First Minister, Nicola Sturgeon, is fighting for her political life as the former First Minister accuses her of deliberately manipulating evidence and lying to the Scottish parliament. Her response is to strengthen her call for Scottish independence and return to the EU family and enter a vigorous campaign to win a strong mandate in the May Scottish elections. Borish Johnson, already twice vaccinated and full of vim and vinegar, may just help her on her way – he needs to be rid of this burden. If successful, Scottish independence would cripple Scotland for the next 20-30 years before it emerges as a Haggis Tiger.

A US report makes clear that Prince Mohammed Bin Salman (MBS), Saudi Crown Prize and troublemaker, was the one who gave the order to kill journalist and US citizen Jamal Khashoggi. MBS is a war mongering, fear-waging disruptor who wants to be King when King Salman passes. The US has placed sanctions on some seventy three people who work directly for MBS but has yet to take any action which directly impacts MBS.

Meghan Markle, Duchess of Sussex, is upset that the “firm” (aka The Royal Family) are investigating her behaviour while in the UK – she is accused of bullying her staff and reducing them to tears on several occasions. Meantime, Prince Phillip has had some heart surgery to treat a pre-existing condition. Meghan is hoping it was a compassion injection, but it was more likely a by-pass. The Prince is 99 and Meghan is 39. For history buffs, time to start reminding ourselves how the firm dealt with the abdication crisis and especially the way they isolated the Duchess of Windsor. It is no wonder that the Queen has recently been given two new Corgi dogs.

The Golden Globes came and went, or more accurately were “on”. Eighty five journalists from Hollywood’s foreign press host this event so as to raise funds for a charitable purpose. It is usually a very boozy party and has funny speeches, but not this year. Overly white and not inclusive, even the sponsors agreed they needed to do better. Brit’s did well – The Crown picking up several gongs, alongside Sacha Baron Cohen for Borat. No prizes for fun or Mank (a dreadful film).

Having exhausted touring – bedroom, bathroom, lounge, basement – and the seven hundred book library, it was time to find a new hobby. Sports are out – far too much exercise and my too tight shorts suggest danger for someone with hypertension. Playing an instrument was out – I played the violin as a child and am now banned from doing so ever again, since I was not very good.

I began to consider art – drawing and painting. Took some drawing classes online. The violin looked like a better option. What about pottery? A friend has a wheel and small kiln in his garage and I tried my hand at that. I think the final pieces of clay will be buried with me, still stuck in my hair – that wheel can spin fast! What about knitting, a kind lady neighbour asked. What about it? The socks I began to knit as a beginner turned out more like covers for a banana.

So I turned my attention to cataloguing the ever growing CD collection. I must have had a period of some wealth which I have now forgotten about, but the 1,715 CD’s I own seemed to be everywhere. Consolidating them, cataloguing them and listening to them to determine preferences turned out to occupy me for most of lockdown.

There were some discoveries. The first was that I really must like Handel’s Messiah. I have fourteen recordings, all of them very different in terms of sounds, tempo and choice of tracks to include. They range from the more recent Andrew Davis arrangement, which sounds like it was written for an epic performance at the Colosseum in Rome, to a very staid version with Sir George Solti. By far the most satisfying is that Paul McCreesh and the Gabrieli Consort.

I have a similar addiction to the Bach’s Matthew Passion – so satisfying to sing and to listen to. Not only do I have three different scores, one with conductor notes by Sir John Barbirolli, I have eight recordings. Just another eighty left to collect.  Here Sir John Eliot Gardiner excels, but the nuances in the recordings Rene Jacobs and Stephen Cleobury are much appreciated.

There are a few other “duplicates” as my good lady calls them (she is a librarian), but then we get into the periods when I was either very focused (the complete symphonies of Mahler, Bruckner with Karajan) or the entire CD’s available with Horowitz at the piano. But the one’s that concern me, looking at them now, are those bought in a fit of passion, rage or curiosity – I can’t remember which. CD’s like Raftery’s chamber music , the Wiren’s  and Weir String Quartets, or the complete collection of Ligeti’s music, including Clocks and Clouds for Female Voices and Orchestra. What was I thinking. Was I thinking?

There were some rediscoveries, creating moments of bliss and pleasure, especially when accompanied with a chilled Vermentino or a nice glass or Gracciano della Seta Montepulciano. The wonderfully rich, Latin and rhythms  of Astor Piazzolla; the devilishness of the gypsy music of Telemann and the baroque; the Boccherini and Rossini versions of the Stabat Mater.

With so many CD’s and such a long lock-down, there was not a sense of urgency about this cataloguing work. Which is blessing. My first cataloguing system collapsed as the aged Mac decided it would rather listen along with me than retain my catalogue of the work. You would think that it would be easy to catalogue a CD and add it to a searchable library, but no – even the software marketed for this purpose requires significant investment of time, which fortunately I had quite a bit of.  But it’s done now, thanks to COVID-19.

Fully vaccinated and able to shop again in actual stores as opposed to just online, I now know what gaps there are in my collection. For example, I only have a few of Leif Segerstam’s symphonies – When the Cat Visited, In One Thought, Thoughts at the Border – given that he has composed over three hundred and forty, I better start collecting. There are also fine recordings friends recommend that I admire that I feel a need to own, such as the wonderful piano recordings of Zlata Chochieva or the 100 Transcendental Studies by Sorabji. So little time, so many CD’s to buy, listen to and catalogue.

Author, imagineer and creative consultant, Stephen was Dean of the School of Business at Athabasca University and creator of the world's first online MBA. A prolific writer, frequent broadcaster and keynote speaker, Stephen lives and works from a base in Edmonton, Alberta.

Why I Write a Diary

I love diaries. James Lees Milne and Alan Bennet provide role models for these notes, which I began in December 2016. I do not claim any special status for thee thoughts - I am a writer who also keeps a diary.